They're Back, Aren't They?

They're Back, Aren't They?

After a confused Lucifer wakes up in the middle of the desert with his wings back, he recruits the help of Chloe to help figure out what happened to him and why.

Upon doing their own research, they come across a crime scene that could be tied to Lucifer's kidnapping.

When the Lancaster Police Department get involved, newcomer Lieutenant Marcus Pierce fails to make a great impression on everyone with his stern demeanor.

The investigation goes awry when Lucifer finds himself in another compromising situation and something much darker is revealed."[1]

Lucifer encounters a fleeing criminal and steals his clothes before getting the police to return him to Los Angeles.

He asks Linda to remove his wings, but she refuses.

Chloe brings him onto a new case, a dehydrated corpse found in the desert where Lucifer woke up, while overseen by her new lieutenant, Marcus Pierce. The body turns out to be that of a wealthy man and his close friend reveals that he paid "kidnappers" to prank the victim.

While attempting to restore his wings, Amenadiel discovers a severed pair from Lucifer.

To lure out the "kidnappers," Pierce instructs Dan to get himself kidnapped, which Lucifer arranges.

However, he makes himself the target at the last moment because he suspects the kidnappers to be behind his own abduction. He interrogates them and learns that the dead man was turned over to another kidnapper.

The man reveals that he was hired by the Sinnerman, a mysterious crime boss, to abduct Lucifer.

Lucifer, whose wings grew back after he cut them off again, initially suspects that God restored his wings as punishment for sending Charlotte to a void, but eventually comes to believe that it is "something darker" connected to Sinnerman. 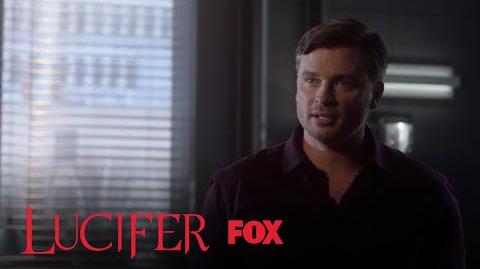 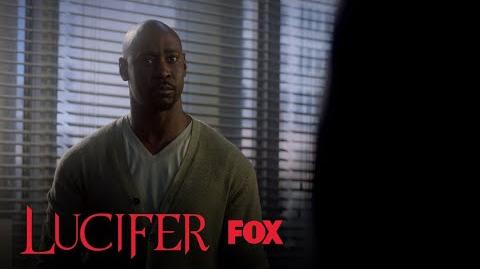 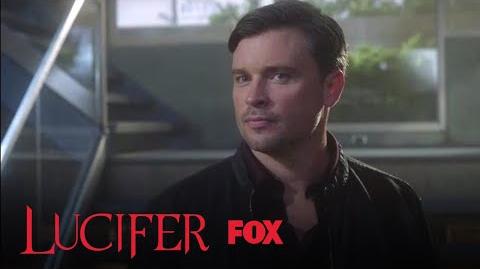 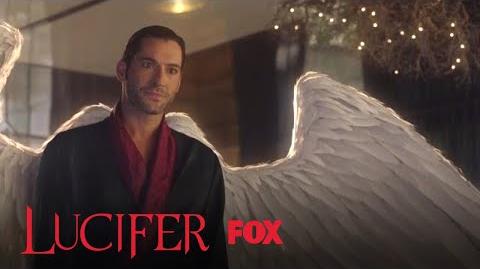 Lucifer Shows Linda That His Wings Have Grown Back - Season 3 Ep. 1 - LUCIFER 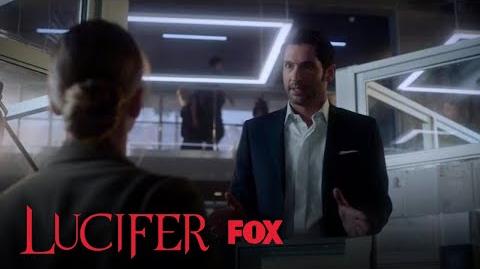 Lucifer Is Shocked To See That Nobody Knew He Was Missing - Season 3 Ep. 1 - LUCIFER