"Quintessential Deckerstar"[2] is the twenty-third episode of the third season of Lucifer.

When Lucifer and Chloe investigate the death of a woman, they discover that they may be pursuing the wrong suspect. Then, Charlotte risks her safety when she decides to take matters into her own hands, and just as Lucifer makes a huge confession, she gets a tragic phone call that changes everything.[3]

Pierce wants to kill Amenadiel and frame Lucifer for it, however, he shoots Charlotte Richards who jumped in front of Amenadiel to protect him.

In addition, Lucifer finally admited his feelings to Chloe and they kiss. Later, he, Chloe, and Dan find Charlotte's body breaking down at the sight. Lucifer finds a feather from his brother's wings thus realizing that Amenadiel has returned to Heaven. 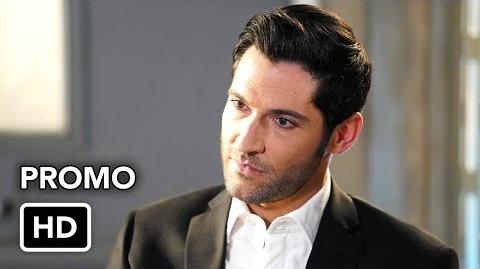 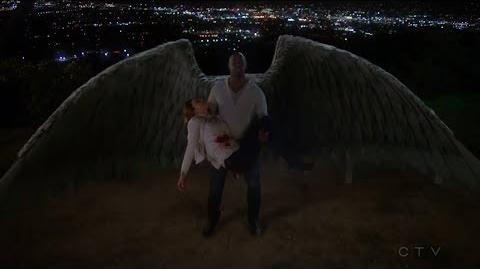 Retrieved from "https://lucifer.fandom.com/wiki/Quintessential_Deckerstar?oldid=32057"
Community content is available under CC-BY-SA unless otherwise noted.