20:42
"Let Pinhead Sing!" is the seventeenth episode of the third season of Lucifer.

"When a superstar singer's life is threatened, the team is thrust into the world of big-ticket stadium shows, crazed fans and divas, giving Lucifer a run for his money. Meanwhile, Charlotte tries to help Linda and Maze repair their friendship."[1]

After the bomb scare of the previous episode, and the fact that Chloe was put at risk, at his next session with her, Lucifer informs Linda that he will stop poking the proverbial bear that is his father, and stop trying to help Cain break his curse.

Meanwhile, pop singer Axara is seen as threatened when one of her backup dancers, who was dressed exactly like the singer and performing her part, gets killed by a professional grade firework fired at the stage where she was performing. Chloe investigates but Lucifer is still worried about putting Chloe in danger, and tries to deflect any observers by removing her from his spotlight, and paying more attention to everyone else around him. All without telling her why, of course.

Suspicion falls on an obsessed fan, who is soon found dead himself, then to Axara's manager, but when the singer is fired upon while Chloe and Lucifer are trying to tell her to cancel her show, Lucifer does offer to sequester Axara at the penthouse until the killer is found. When Axara tries to jump Lucifer, he tells her he'd have to be tied down by chains before he'd consent to sex with her. She was stunned that he didn't like her, everybody liked her. Then she asked why he was trying so hard to convince himself he didn't like Chloe, since it was obvious he did. He was surprised she managed to pick up on that, but told her it wasn't himself he was trying to convince. When she asks for a drink, she slips down to Lux while his back was turned. She takes over his piano in the club, and begins singing I Will Survive. An irritated Lucifer joins her in a duet, all the while trying to get her to return to the penthouse.

Ella and Chloe, meantime, get the results of the deceased fan's tox screen and discover the ingredients to a tumeric smoothie in his system. Something made for Axara by Axara's high school friend and current tour manager, Cece. At Lux, as the song ends and Axara takes her bow, Cece arrives with a knife, and Lucifer puts himself between Cece and Axara. When Chloe arrives, she tries to talk Cece down, but when Cece turns to attack, Lucifer throws himself on her to save Chloe. When they take her away and he gets to his feet, Chloe is horrifed to find the knife sticking out of his shoulder.

Pierce, meanwhile, is dejected about Lucifer dissolving their agreement about helping him die, Lucifer hadn't cared about putting himself in danger, but he would not risk Chloe. Amenidiel suggests to Pierce that anything is possible, and points out the genuine care Chloe was then rendering to the wounded Lucifer. Pierce starts to believe again that Chloe is the key to his mortality, he later asks her out on a date, and Lucifer did not interfere. He would later tell Linda he made a terrible mistake.

Linda's efforts to reconcile her friendship with Maze, even getting Charlotte to mediate their dispute, came to nothing as the demon refused to give up her grudge. 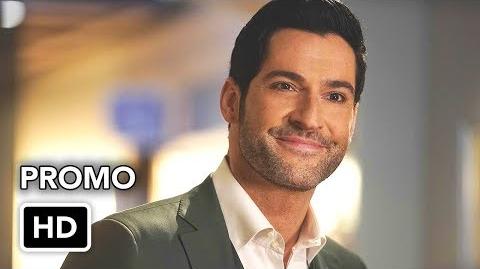